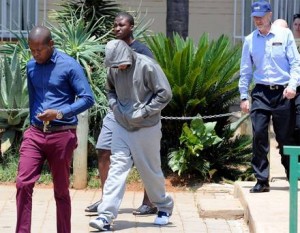 Olympic and Paralympic sprinter Oscar Pistorius has been accused of shooting and killing his girlfriend, Reeva Steenkamp, at his home in South Africa.

There has been a suggestion that the shooting was accidental, that Pistorius mistook Steenkamp for a burglar in what might have been a Valentine’s Day surprise gone awry.

But South African police have reportedly said that the theory that the shooting was accidental did not come from them. And police will reportedly oppose bail for Pistorius.

According to the AP, Pistorius was undergoing blood alcohol and forensic tests and requested a quick appearance in court.

A police spokesperson said there have been “previous incidents” at Pistorius’s home.