The club has also lured Strathmore University defensive midfielder Emmanuel Kongin, who is making a return after almost two years from action. Team manager Kalpesh Solanki confirmed they had drafted midfielders Fidelis Okello and Brian Musasia ahead of the 2013 season that gets under way mid next month.

“The players have been training with us since last year and we hope they will make an impact in the new season,” said Solanki. 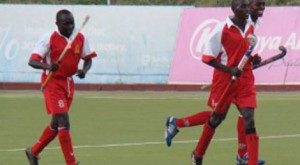 Matharu believes the home-and-away league format is the best as it will improve the standards. However, he wants KHU to consider provincial teams which may not have the funds to travel for away matches.

Senge said last season ended relatively well for him after losing eight players but still managed to finish third, tying on points with second placed Kenya Police. “It wasn’t a bad return with such a huge loss but I believe we could have done much better,” said Senge. He admitted he would lose some key players ahead of the new season.