At the end of March, the Football Association Women’s Super League (FAWSL) begins its third season, with the first match seeing the Bristol Academy Women take on the Lincoln Ladies at home.

It replaced the FA Women’s Premier League and is the highest level of women’s football in the country. The WSL is the English semi-professional summer league for women’s association football clubs, which began in April 2010.

They play 14 matches each, with the champions and runner-ups qualifying for the UEFA Women’s Champions League the following season. Eight teams participate in the season running until October.

Arsenal Ladies are the current champions having won the 2012 season. 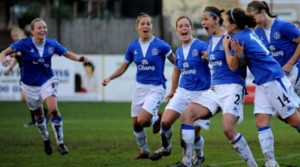