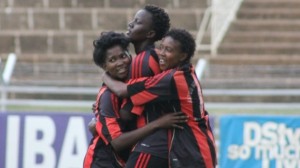 After 4th March general election, Soccer of Kenya Federation women Premier League will kick off, having been pushed from the initial weekend of 23rd February.

This is according to Doris Petra, FKF’s Leagues and Competitions Chairperson who has confirmed that final logistics are being put in place before the official kick off date is set aside.

The 2013 league will witness four new teams taking part up from the 12 that took part in the 2012 season which saw Matuu girls emerge as the champions.

“We are working with the sponsors- Ministry of Youth Affairs and sports- to come up with the 2013 budget. We want to ensure all the logistics are catered for before we can commence the season.” Doris Petra assured.