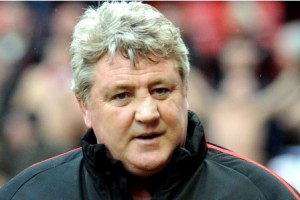 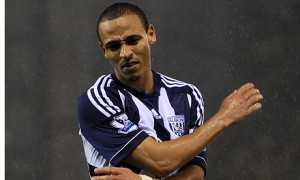 The Baggies striker revealed on Twitter that he has switched representatives.

And the Express & Star understands the Nigeria international has now teamed up with high-profile football agent Rob Segal after ditching his previous team.

Odemwingie tweeted: “I have sacked my agents. They at my gate begging 4 permission to negotiate a comeback. Told them to seek permission from authorities hahaha.”

West Brom head coach Steve Clarke advised Odemwingie publicly to switch agents after his public attempts to force a move to Loftus Road led to a war of words between the player and the Baggies.

Odemwingie had been represented by a team of agents who had been with him since early in his career but the Baggies claimed he was ‘badly advised’ during the transfer window.

The Burntwood-based left-back, who has played for Ireland’s Under-19s, has linked up with the Us until March 13.

Garmston, aged 19, who was educated in Lichfield, has been a regular for the Baggies’ Under-21s team this season.

His spell will include matches against Sheffield United, Tranmere, Yeovil, Stevenage, Crewe and Coventry.

He said: “This move has come as a bit of a surprise to me. But it is fantastic that the gaffer, Joe Dunne, has shown some faith in me. I know that he has come down to watch some of my games.”

Garmston, who turned 19 last month, is the son of 56-year-old Lannaman, who won Commonwealth Games gold as a sprinter.

Garmston himself was second in his age group two years ago at the England Schools National Athletics Championships 200m.

His mother also won a bronze at the Moscow Olympics in 1980 as part of Britain’s 4x100m relay team, two years after gold in the individual 100m at the Commonwealth Games in Edmonton, Canada.