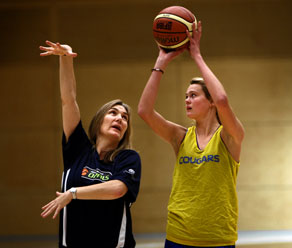 FIBA World Championship for Women/FIBA Basketball World Cup – Australia has announced that Carrie Graf is not seeking to continue as coach of the women’s national team.

Graf held the position of Opals head coach for four years while at the same time coaching the Canberra Capitals in the Women’s National Basketball League (WNBL).

The Opals, who captured bronze at the London Games and hold the number two spot in the FIBA Ranking Women, have launched a search for Graf’s replacement, someone who will serve in a full-time capacity.

She has accepted a role as the first coach in residence at the University of Canberra and will also continue as coach of the Capitals.

Australia has also begun the recruitment for a new head coach of the men’s team. 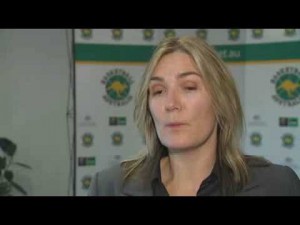 Brett Brown, an assistant coach with the San Antonio Spurs, guided the Boomers the previous four summers but decided not to continue in the role.

“Carrie Graf and Brett Brown have made a profound contribution to the strong culture and discipline ingrained into both of Australia’s national teams,” she said.

“The success of the Opals and the Boomers at an Olympic level – as well as the respect both teams have garnered globally – is in no small part due to the leadership Carrie and Brett brought to the table.”

According to Basketball Australia, the Boomers head coach will be offered as a part-time position, with potential for the right candidate to serve in a full-time role which incorporates the role head coach of the men’s program at the centre of excellence.

“We also expect that the Boomers will go into the 2016 Rio Olympics with the strongest squad to date and their strongest chances yet of winning a medal,” Keneally said.