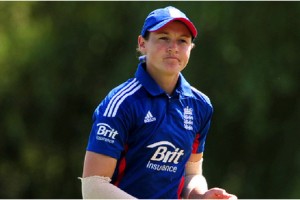 The ICC Women’s World Cup India 2013, a century by England captain Charlotte Edwards helped the side to a four-wicket win over New Zealand Women today.

The victory for England will be bittersweet as the previously ranked world number one team has now dropped to third in the latest Reliance ICC Women’s ODI Team Rankings.

Meanwhile, in Cuttack, Sri Lanka’s Shashikala Siriwardena led her side back to glory, after its earlier loss to South Africa, to cement an 88-run victory over the Proteas and thus ensuring itself its highest ranking to date in the Reliance ICC Women’s ODI Team Rankings, fifth. 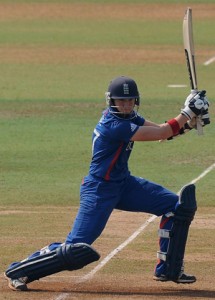 The revised player and team rankings will be released in full on 18 February after the final of the ICC Women’s World Cup India 2013 to be held at the Brabourne Stadium on Sunday (17 February).

Charlotte Edwards led from the front to ensure the England, the world champions going into this tournament, finished the event on a high with a victory over New Zealand in front of a lively crowd at the Cricket Club of India.