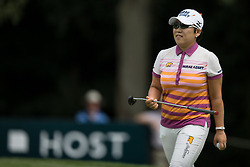 Colombian Mariajo Uribe fired a 6-under par 67 to overtake Kiwi Lydia Ko and Korean World Number 7 Jiyai Shin and leads the ISPS Handa Women’s Australian Open by one stroke after the second round at Royal Canberra Golf Club.

Uribe, who is bogey-free through 36 holes, finished her second round at 15-under par, one clear of Ko and Shin who finished with rounds of 69 and 67 respectively.

“I went out just wanting to get in the competition more, after two months without playing, so it was a fun round.  I was never kind of in the 9 under or anything.  I made good putts, took advantage of the opportunities and the same thing I did today.  So I feel pretty good,” Uribe said. 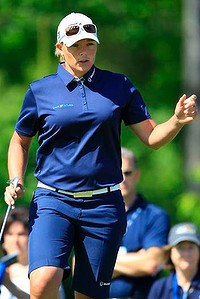 Ko said she was comfortable with her round following her opening round heroics.

Western Australian Kristie Smith is four strokes behind Ko and Shin at 10-under par after her second round 68. Smith won the Royal Canberra Ladies Classic at the host venue in 2010, shooting a course record in the process.