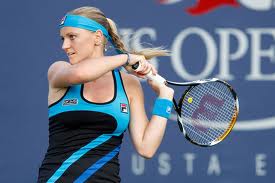 Agnes Szavay, who went as high as No.13 in the world a few years ago and looked headed for a long and illustrious career, has had call time at just 24 years old after years of injury struggles.

Meanwhile many of the biggest stars of the WTA are playing into their 30s, for some, unfortunately, that’s not an option. Agnes Szavay, who went as high as No.13 in the world a few years ago and looked headed for a long and illustrious career, has had to call time at just 24 years old.

Szavay made a big splash on the tour as an 18-year-old in the second half of 2007 with a slew of big results – first WTA title at Palermo, the finals of New Haven, first Grand Slam quarterfinal at the US Open, another WTA title at Beijing – that breakthrough few months saw her go from outside the Top 50 all the way to the Top 20, where she would spend an entire year, peaking at No.13 for five weeks. 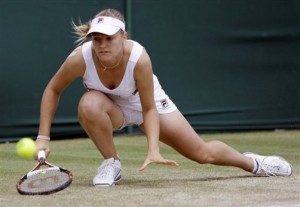 “I have this stress fracture in two spots in my spine – I was playing with it for three years and they didn’t see it,” Szavay said as she came back to the tour briefly during the second half of 2012. “The bones went one centimeter apart, so I really had a lot of pain. I didn’t take the operation because all five doctors we went to wanted to do different operations. I was trying a lot of alternative treatments.”

Among the tournaments Szavay played in 2012 was the Olympics, understandably a very special moment for her. “I really wanted to play there – I’m so happy I could use my special ranking there,” she said. “I lost first round but it was really nice to be back on the tour. It was very special for me.”

It would be Szavay’s last stretch on the tour – she announced her retirement in February 2013.

“I am proud of my achievements, my titles and awards. It was tough, but I have a lot to be thankful for. I’ve been contemplating the idea of retiring for a while now, because of all the injuries. The final straw was when I consulted a surgeon in Switzerland and I learned that even if I had the surgery, there are no guarantees that I could complete again. I had to realize that there was no other way.”

Now is the time for another big change, with many challenges and a whole new life. “I’ve already had quite a few big changes in my life. I had to say goodbye to a lot of things to pursue my tennis career.”