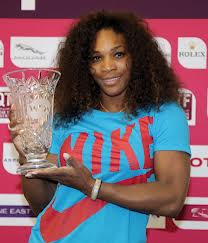 Serena Williams’ returned to No.1 seemed inevitable given the results she has put together over the last year – here’s what the WTA stars, including Williams herself, said about it all.

“It just shows you how the generations have shifted a bit. Five or 10 years ago you saw a lot of younger players achieving more success and winning Grand Slams. And now you see Li Na and Serena doing so well. I wouldn’t say – I’m not going to use the word “old” because it’s still quite young, but because they have been around for so many years, it’s incredible. It just shows you how if you stay healthy and you’re able to keep working hard, then you can still achieve all those things at that age. It’s encouraging because I feel like I have so many more years ahead of me. I’m not sure until 32, but you never know.”

“That was one of the best matches for me this season – so I’m glad how I played, but of course I’m disappointed I lost. But I’m really glad Serena is No.1 now. She played so well last season – she won almost everything – and it took some time for her to get to No.1, but she deserves it for sure.” 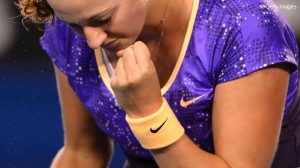 “Regardless of how old she is, I think the way she’s been playing the last year, especially the last what, six, seven months, I think she deserves to be No.1 at the moment. To go through winning a couple of Grand Slams, the WTA Championships, the Olympics and all that, you probably should be No.1 in the rankings. I think the way she’s been able to come back and commit herself back to the tennis and play the way she can, it’s obviously fantastic for her and I think it’s obviously good for the sport.”

On the dramatic win over Kvitova

“I was just stuck in there, and I never gave up. I always feel like if I can just keep fighting and just try to do it… I definitely wasn’t playing great, but with that being said, I think Petra played unbelievable. She was hitting shots I had no chance to get. I don’t think anyone on this tour could have gotten them. I’m not slow at all, by any means, and I just couldn’t even reach a lot of the shots she hit tonight.”