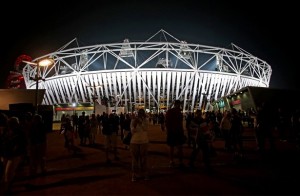 It has been confirmed that the London Anniversary Games will take place between July 26-28, with IAAF Diamond League events on the Friday and Saturday before a third day of disability athletics on the Sunday dedicated to showcasing the Paralympians of 2012.

The event also follows the IPC World Championships so will give fans the chance to welcome home their Paralympic heroes from Lyon. As the last major international athletics event before the IAAF World Championships in Moscow, many of the world’s best athletes will use the London Anniversary Games as their final pre-championship preparation.

“It is an important part of the London 2012 legacy that as many people as possible experience world-class sport in the world-class facilities at Queen Elizabeth Olympic Park and I’m sure the London Anniversary Games will go a long way to inspiring the next generation of track and field fans.” 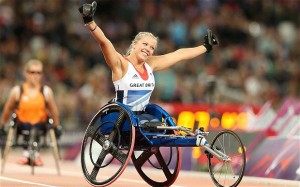 Heptathlon gold medallist Jessica Ennis is just one athlete who has already pledged support for the event.

Speaking when the announcement was made to move the event to the Olympic Stadium, Ennis, who hasn’t attended a London Diamond League meet before, said: “Hopefully I will be there and using the competition as part of my preparation for the World Championships.”

Commenting on the inclusion of the third day of athletics action, double Paralympic T34 100m and 200m champion Hannah Cockroft said: “It’s fantastic to hear that there will be a para event at the London Anniversary Games, as it’s bringing the attention back to where it all began and gives us a chance to re-live the glory of last year.”

Ticket information for the London Anniversary Games is set to be issued shortly but fans are being encouraged to register for tickets.