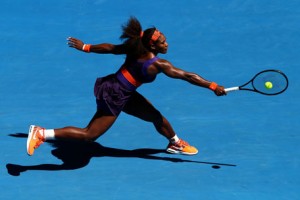 New World No.1 Serena Williams and her predecessor, Victoria Azarenka, are the star attractions at next week’s Dubai Duty Free Tennis Championships in the United Arab Emirates.

However, such are the vagaries of the sport that the top seed at next week’s Dubai Duty Free Tennis Championships will not be Williams, but the player she is to usurp at the top of the rankings, Victoria Azarenka. Regardless of the outcome of Sunday’s final in Doha, Serena Williams will wake up on Monday morning as the world’s No.1 tennis player.

Although with Williams and six other members of the Top 10 in attendance, the Belarusian is unlikely to be looking far beyond her opening encounter against either Nadia Petrova or Dominika Cibulkova. With 470 ranking points on offer, the tournament offers Azarenka an immediate opportunity of closing the gap or even, with the right sequence of results, reclaiming top spot. 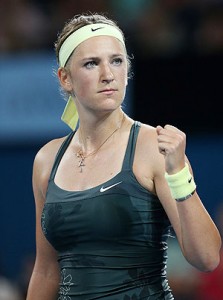 Injury prevented either Azarenka or Williams competing in the Emirates 12 months ago, when Agniezka Radwanska took full advantage of their absence to take home the trophy. Seeded No.3 this time around, the Pole returns to defend her title and kicks off against the winner of the first round match between wildcards Laura Robson and Yulia Putintseva.

While the majority of the Top 50 has decamped to Dubai next week, on the other side of the Atlantic, several of their peers are on the lookout for silverware at the International events in Memphis and Bogotá.

In addition to her victories in 2006 and 2012, Arvidsson also finished as runner-up to Maria Sharapova in 2010, and has a good chance of going deep again – she opens up against a qualifier and cannot face a fellow member of the Top 50 until at least the semifinals.