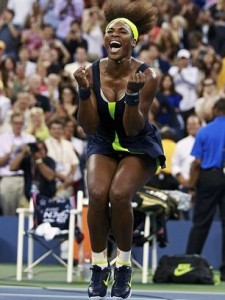 In the most fitting ending to a week after which the No.1 ranking will change hands, the outgoing World No.1 will play the incoming World No.1 in the final of the Qatar Total Open.

Victoria Azarenka, the current No.1, was never really in trouble in the first semifinal of the day, beating World No.4 Agnieszka Radwanska, 63 63. It was her seventh straight win over Radwanska.

“I think it was a really high performance match from both of us,” Azarenka said. “It was a little bit shaky in the beginning – I think I did a little bit too many unforced errors and rushed a little bit into the rallies, but I started to be patient and more aggressive and dominant, really going for my shots when there was an opportunity, and taking advantage of every short ball she gave me. I’m glad I could turn it around.”

Serena Williams, who secured herself of returning to No.1 by reaching the semifinals, made it a step further, beating World No.3 Maria Sharapova in that semifinal match, 63 62. And just like the first semifinal, it was history repeating – Williams has now beaten Sharapova 10 consecutive times. 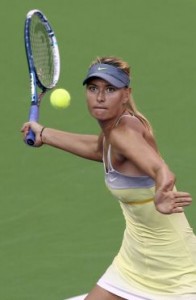 “Maria is always playing really well and so consistent, but I’m trying to be consistent as well,” Williams said. “I love it here in Doha. I’ve never played this particular tournament but I’ve played in Doha before and had some good results and I hope to have a good result in the final tomorrow, too.”

“I’m certainly capable of beating a player like that, like Serena, no doubt – that’s why I’m always eager to get better and make my game better in order to go out onto the court and beat her.”

While both semifinals ended up following the head-to-head patterns, if the same thing is to happen in the final, Williams has to be a big favorite to take the Premier-level title – not only does she lead Azarenka in their career head-to-head, 11-1, but she has won the pair’s last nine meetings.

Azarenka talked about the prospect of facing Williams. “I just have to be consistent and really focused on my own game,” she said. “We all know she has a great serve. She’s really aggressive and really consistent. So for me it’s important to just focus on myself and execute my game. That’s it.”