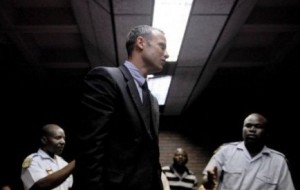 Oscar Pistorius, charged of the murder of his girlfriend, appeared again in court on Tuesday to ask for his release on bail.
The South African athlete broke down in tears the first few minutes of his appearance before the District Court in Pretoria.