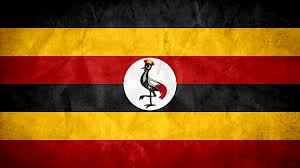 According to supersport.com, the draw will take place on March 10 in Morocco during Caf General Assembly, with the qualification procedure reverting to its normal format as opposed to the modified mode for the just-conclude edition.

Forty-four teams are on the starting line and seeded in four pots of 11 teams each according to their current ranking.

Uganda is placed in pot two that also include Egypt, Libya, Algeria, Senegal, Cameroon, Guinea, Sierra Leone, Gabon, Uganda, Congo and Central African Republic. This implies that Uganda will not meet teams in this pot.

Pot One has 2013 Africa Nations Cup winners Nigeria plus all the quarter finalists of edition held in South Africa. Only Tunisia, Zambia and DR Congo join the rest despite failing to make it out of their respective groups.

Three pots have so far been determined with the fourth to be known after preliminary round.

Pot four: To be determined after the preliminary round.