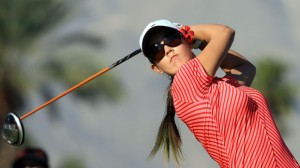 A stern test of golf awaits the world’s best women golfers when they arrive in Singapore next week for the 2013 edition of the HSBC Women’s Champions which tees off on The Serapong course at Sentosa Golf Club from 28 February to 3 March.

Commenting on the condition of the course and its preparation ahead of what is considered by many to be Asia’s Major, General Manager and Director of Golf at Sentosa Golf Club, Peter Downie said, “Our team is excited and thrilled to welcome the upcoming HSBC Women’s Champions to Sentosa and we hope the players will enjoy the challenge of The Serapong and have a successful tournament.” 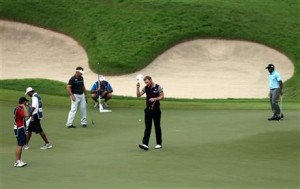 “We maintain The Serapong at a tournament level all year round and I’m pleased to say the course is in great shape for next week’s tournament with slick putting surfaces, excellent tee conditions, consistently firm bunkers, and great conditioned fairways and roughs. The players can expect a memorable golf experience tackling a number of difficult signature holes, one of which is Hole No. 5. Bordering the South China Sea, the hole is long and rewarding. If your tee shot can reach the speed slot in the fairway between two bunkers, it sets you up for a less difficult approach to the green, as the green can be tricky to manage if coming in with a long iron or wood,” continued Downie.

The HSBC Women’s Champions is the third tournament on the 2013 LPGA Tour calendar, following the ISPS Handa Women’s Australian Open and the Honda LPGA Thailand 2013 and will see the star-studded field competing for the coveted ‘Champion of Champions’ title and a prize fund of US$1.4 million.