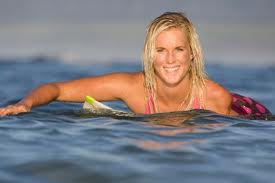 Bathany Hamilton (Meilani) is an American professional Surfer who was born in Lihue – Hawaii, 8th February, 1990.

Bethany began her surfing career at the early age of 11 but at the age of 8 she entered he first surfing competition.

She is well known for surviving a shark attack (31st October, 2003) in which her left arm was bitten off along the Tunnels Beach and spent seven days in the hospital.

Despite what she had gone through she never gave up but continued into the sport. She however began her major competition 10th January, 2004

She has today become an inspiration to millions through her story and courage amidst what she had been through. 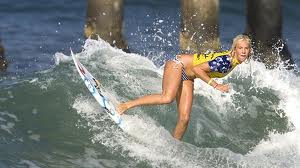 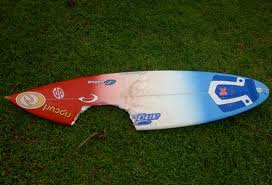