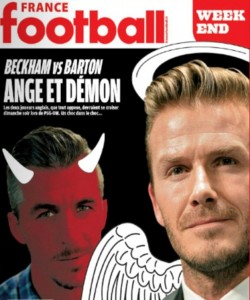 David Beckham has won over everyone. Journalists in France are gleefully rubbing their hands in the hope PSG’s new deity will put Joey Barton in his place.