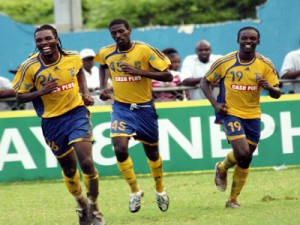 Kemeel Wolfe scored his first goal in a final for Harbour View on Wednesday night to help them lift their sixth Kingston and St Andrew Football Association/Jamaica Yellow Pages Jackie Bell Knockout title at the expense of Boys’ Town in their matched played at Stadium East.

The game was decided on penalties with Harbour View prevailing 5-4 after the teams were locked at two goals apiece following the playing of full and extra time.

“Winning a title is always good, so I am very happy,” Wolfe, who was claiming his third knockout title, said. “And I feel good that I was able to contribute, but it was a team effort, as everybody pitched in even with encouraging words.” 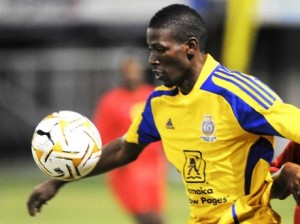 Wolfe came on as a 63rd-minute substitute and scored what many thought was the winning goal in the 99th minute when he netted from four yards to give his team a 2-1 advantage after being expertly picked out by Jaron Richards with a 40-yard pass.