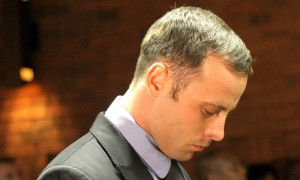 The athlete who faces murder charges after allegedly shoot his girlfriend thinking it was an intruder, has finally been granted bail following the controversial court ruling for the past one week in Pretoria – South Africa.

Oscar Pistorius has however denied murder and concluded to have shot Reeva his girlfriend with the notion that it was an intruder. Courtroom C has seen a dramatic case to solve over the week.

The Pistorius family seems to be relieved about the ruling in court today, his uncle Arnold claims the family now knows Oscar’s part of what happened on Valentine’s Day.

Oscar Pistorius told he will be freed on bail as he awaits trial for the murder of his girlfriend, Reeva Steenkamp

These are the reasons why Magistrate Desmond Nair thinks Oscar Pistorius should be granted bail;

#He did not think Pistorius was a flight risk.

#He did not think the prosecution had shown that Pistorius had a propensity for violence.

# He did not think the prosecution had shown there would be public outrage if he were released on bail.

#He did not think the prosecution’s case was so strong that Pistorius’s only reasonable reaction were he released would be to flee.

But he also pointed out holes in Pistorius’s story which may prove important when the case comes to trial:

#Why did he not verify who was in the toilet?

# Why did Steenkamp not scream back from the toilet? 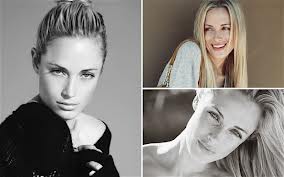 # Why did the deceased and the accused not escape through the bedroom door rather than venture into the toilet?

#Why would the accused venture into danger knowing the intruder was in the toilet, leaving himself open to attack? He returned to the dangerous area. What if the intruder was waiting for him?

And he said he had difficulty with the defence’s version of why the accused slept on the other side of the bed from usual that night.

“I have difficulty in appreciating the accused did not ascertain the whereabouts of his girlfriend when he got off the the bed,” Mr Nair said.

“I have difficulty with the accused not seeking to verify who was in the toilet when he could of ask.

“I have difficulty understanding why the deceased didn’t scream back from the toilet.”

His lawyer confirms he will not be returning to his house: “He does not want to go back there.” 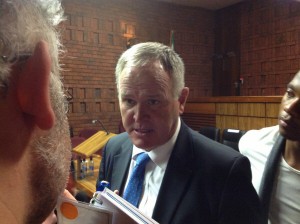 Rand he must be released with the following conditions:

# He surrenders all passports.

#He refrains from applying for any passports.

# He refrains from entering any airport.

# He surrenders all firearms.

#He refrains from possessing any firearms. 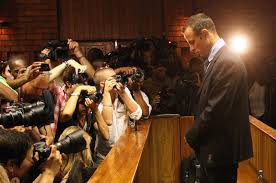 #He refrains from talking to any witnesses for the prosecution.

#He will have a probation officer and correctional official from the date of release until the conclusion of the case.

# He shall inform the official all his movements and ask for permission for any journeys outside Pretoria.

#He shall give them a phone number and must be contactable day and night.

# He must not be charged with an offence of violence against women.

# He must not use drugs or alcohol.

# Hand over his passport

Advocate Barry Roux has revealed that from now as Oscar has been granted baill all that remains is preparation for the 4th June.