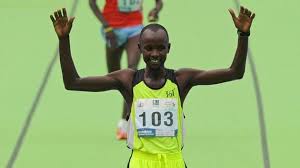 “I made the mistake of making my move too early in the last two years and my opponents caught me and overtook me,” Maisei told reporters.

“This time I changed my tactics and made certain I timed my break better and then went all for it.”

Maisei blamed the slow time on the tricky conditions.

“It was tough out there. It is not easy running inside a tunnel for almost three kilometres and the course is very hilly. Hong Kong is a hard race,” he said. 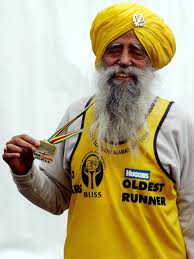 In the women’s race, Ethiopian Misiker Demissie became the first athlete to retain the title as she romped home in 2:30:49.

“It was a bit more windy than last year, which is probably the reason I went a bit slower, although I like racing in those conditions, it was good,” she told reporters.

101-year-old Indian – born Fauja Singh also featured in a 10 Kilometer race been the world’s oldest marathon runner after hitting 1:32:28 on the clock.