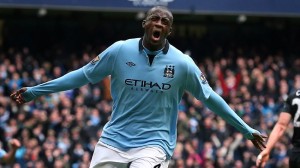 Back to championship after a weekend cutting across the Channel. The clash between the top Man City and Chelsea turned in favor of the champion (2-0). The Ivorian Yaya Toure opened the first breach before Carlos Tevez not seal the fate of Blues. The latter had in their ranks Nigerians Obi Mikel and Victor Moses.

First goal in Premier league for Sierra Leoneans Kei Kamara. He opened the scoring for Norwich who eventually won 2-1 over Everton.

Stephane Sessegnon scored for Sunderland but the Black Cats have not benefited. The Belgian Congolese Romelu Lukaku scored twice to give the victory to West Bromwich Albion (2-1).

He scored the goal of the weekend in England. Senegalese Papiss Cisse has once again admire the striking force. A magnificent volley in cages Southampton and finish a 4-2 win at Newcastle.

The last match of the day is played on Monday between West Ham and Tottenham. 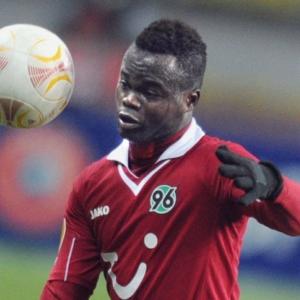 African Festival in the match Hannover-Hamburg. The Ivorian Didier Ya Konan has offered a double, while his teammates Senegalese Mame Biram Diouf and Moroccan Mohammed Abdellaoue inscribed one goal each. Final score 5-1.

Stuttgart was held in check by Nuremberg (1-1). However, the Guinean Ibrahima Traoré who opened the scoring for the residents of the Mercedes Arena.

Schalke 04 can say thank you to Joel Matip. The Cameroonian scored twice to give the victory to Fortuna Dusseldorf over Gelsenkirchen (2-1).

It’s the Angolan Manucho Goncalves, who scored for Valladolid.

Fourth league goal for the Nigerian Odion Ighalo, scorer for Granada. But its realization was not enough. His team was beaten 2-1 by Celta Vigo. 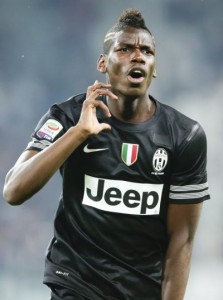 New darling of French football is the french-guinean Paul Pogba.

This season, a small cloud. He scored his fifth league goal for Juventus this weekend in the 3-0 win against Siena. 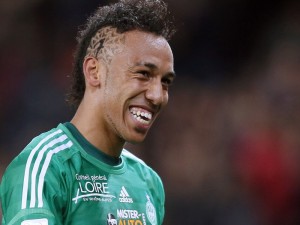 Special mention League this weekend for the Gabonese Pierre Emerick Aubameyang. His double sealed the fate of Nancy struggling more than ever against relegation. Saint Etienne has scored 3-0 with another goal from Brazilian Brandao.

Stade Rennais can thank his Africans.

Ghana’s John Boye and the Cameroonian Jean II Makoun ripped the point of the draw with Sochaux.

The Doubistes have to rely on forward Giovanni Sio, authored his second goal in as many games in Ligue 1.

Lyon is still in the race for the title. 1-0 by Lorient, the Gones are back in the game thanks to the young French-Algerian Rachid Ghezzal and Congolese Arnold Mvuemba (3-1).

Always Eredivisie, the Zambian Jacob Mulenga scored twice for Utrecht in the 4-0 victory of his team against Roda JC.