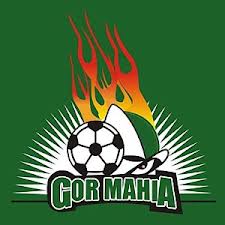 The Tanzanian shot stopper who saved three penalties against Sofapaka in the President’s Cup final last year came on in the final minute and went on to save two penalties to give Gor its first piece of silverware in 2013. The match had ended goalless despite Tusker playing most of the match with 10 men after Boniface Oluoch was sent off three minutes into the game.

A long ball put Kiongera through on goal and when the striker tried to flick the ball over Oluoch, the goalkeeper handled outside the area leaving the referee with no choice but to send him for an early shower as he was the last defender.

According to supersport, Tusker had to make a change for bringing in keeper George Opiyo for forward Ismail Dunga. Gor continued piling pressure but the brewers maintained a composure that saw the teams go into the half-time break at 0-0. In the second half, Tusker appeared determined to register an early goal and their effort was almost rewarded in the 47th minute, when Robert Omunuk sent Were through on goal but he placed his shot just wide of the post.

Were forced another fine save from Jerim Onyango with a header while at the other end, Dan Sserunkuma hit the post off a Kiongera cutback. With spotkicks looming, 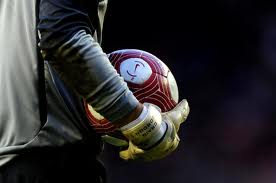 Logarusic threw on Mapunda and he was rewarded as the keeper saved from Robert Omunuk and Martin Kiiza while Maurice Odipo skied his effort miles over the bar. Luke Ochieng, Aucho Khalid (Scores), Were and Joseph Shikokoti converted for Tusker.

Speaking after the game, Gor captain Jerim Onyango said it was great to win after missing out on the Charity Cup and lavished praise on the whole team for a spirited fight, particularly picking out Mapunda for the saves that saw K’Ogalo clinch the Cup for the second time.

“I am particularly happy with Mapunda for the two penalty saves that put us on the way to this win, he is a great keeper and we all saw it,” the Gor skipper said. Gor Mahia will now shift gear and concentrate on the match against Anse Reunion in the CAF Confederations Cup where they will need at least a scoring draw to advance.