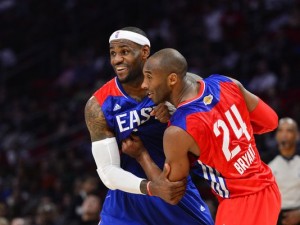 The back of the Los Angeles Lakers Kobe Bryant and winger Miami Heat, LeBron James dominated the NBA last week.

Two of the NBA’s best players, LeBron James and Kobe Bryant have been named Eastern and Western Conference Players of the Week.