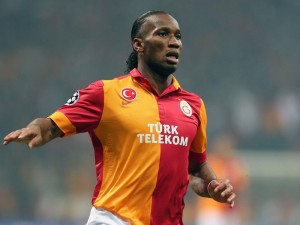 The Ivorian captain Didier Drogba is under scrutiny regarding his transfer from Chinese club Shanghai Shenhua to Turkish team Galatasaray as German giants Schalke have asked European chiefs to look into the legitimacy of the former Chelsea player’s transfer.

Drogba signed an 18-month deal with Galatasaray in January, but his Chinese club Shanghai Shenhua disputed the move, claiming he remains under contract with them.

Schalke announced earlier on via Twitter: “There are doubts about the validity of the permission to play for Drogba in the Champions League. Schalke 04 reserves its rights and is looking into this.”

Drogba has made a stunning start since his appearance in Galatasaray by coming on as a substitute and scoring within five minutes in the 2 – 1 victory against Akhisar Belediye.Galatasary overcame a 2 – 0 deficit to beat Orduspor 4 – 2 and hold a six point lead over second – placed Fenerbahce in the Super Toto Super League.