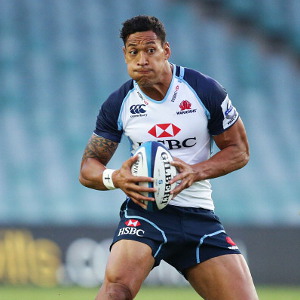 The decision by the Waratahs to start Israel Folau at fullback against the Reds last Saturday was “absolutely” the right one, according to Wallabies coach Robbie Deans.

Meanwhile Folau’s debut in Super Rugby exposed deficiencies in his game, Deans believes that given time on the paddock he will make a full conversion to rugby union.

That time will be to Deans’s benefit. He would only select Folau for the Wallabies if he believes the former NRL and AFL player has developed his game to a sufficient standard.

Until then, the risk factor with the more game time Folau is given is the Waratahs to handle.

But Deans supported NSW coach Michael Cheika when asked if he had made the right call by starting Folau in last Saturday’s loss to the Reds at Suncorp Stadium in Brisbane.

“Absolutely. You consider everything as a coach. And it’s easy to sit from a distance. It’s easy from the grandstand,” the Wallabies coach said on Monday at the Australian Rugby Union’s launch of the 100 Day Countdown to the British and Irish Lions tour. 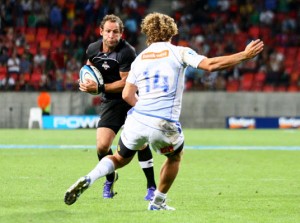 “He would have based his decision on a lot of background – of what he had witnessed on the training field, what he had seen on pre-season fixture.”

After the publicity of his switch from NRL to AFL and union, Folau’s Super debut was destined to be scrutinised – and it finished with criticism, in particular of his defence and ball handling.

“I think so. I was pretty happy with my performance on the weekend,” Robinson said on Monday. “For any player coming off six or seven weeks of a break and having a shortish style pre-season . . . there are always areas to work on. As a player, I always want to be growing all the time.”

Rob Horne (hamstring) will still not be available for Friday’s game even though Cheika said he was “improving well”.