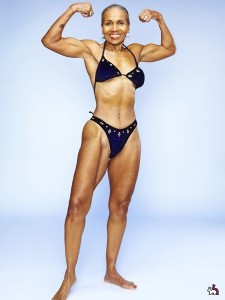 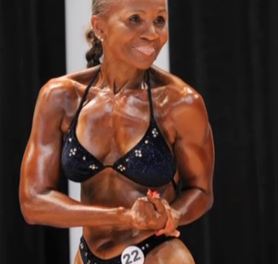 Ernestine Shepherd of Baltimore kicks each day off with a 10-mile jog at 2:30am before hitting the gym to train clients and maintain her chiseled body.

“Age ain’t nothing but a number,” Shepherd told AOL Weird News, at BookExpo America 2011 in New York City’s Jacob K Javits Centre earlier this year. “I feel younger now than I did 20 years ago.”

Officially the world’s oldest bodybuilder, Ernestine, or “Miss Ernie”, as she is known in the world of competitive bodybuilding, began weight training at the tender age of 71, according to BBC News.

“If there was ever an anti-aging pill, I would call it exercise,” the buff granny explained, adding that her true calling in life is helping others to follow a more healthy diet and lifestyle.

She claims that this regime has helped her with depression, high blood pressure, panic attacks, and acid reflux all of which she suffered from in her mid 50s.

As for her workouts, the 75-year-old usually mixes it up with pushups, pull-ups and a heavy regimen of free weights, all to the amazement of her 80 year old husband of 54 years, her 53-year-old son, and her 14-year-old grandson.

And while Miss Ernie’s ability to lift weights at the age of 75 is truly impressive, her trainer, a 57-year-old former Mr Universe who won a 1995 gold medal at the Pan American Games, said the reason for her achievements go beyond hard work alone. 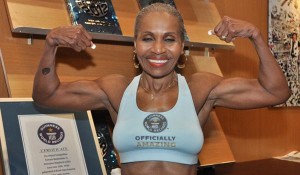 “It’s a combination of commitment and genetic gifts,” Yohnnie Shambourger says. “Ernestine has both, or she wouldn’t have gotten as far as she has.”

As for Shepherd, she agrees, and adds she will continue using her gifts until the good Lord takes her home.

“I plan to keep doing bodybuilding shows,” she says. “There’s no reason you can’t be 80, and strutting your stuff.”