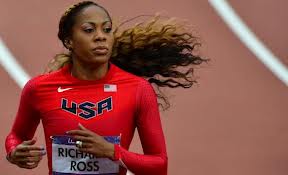 Sanya Richards-Ross was born on 26th February, 1985 in Kingston at Jamaica. At the age of 12 Sanya Richards-Ross moved to the United States with her family. They lived in Fort Lauderdale, Florida, a place her parents would better suit their aspiring track star’s career. Richards-Ross demonstrated her talents early on, scoring a silver medal in the 400-meter event and a bronze medal in the 200-meter event at the 2002 World Junior Championships. That same year, she was named the Gatorade National High School Girls Track and Field Athlete of the Year.

While a student at the University of Texas, Richards-Ross became the 2003 NCAA 400-meter champion. That same year, she won the NCAA Indoor Championship in the 200-meter event. Competing at the 2004 Summer Olympics, Richards-Ross helped bring home gold in the 400-meter relay. 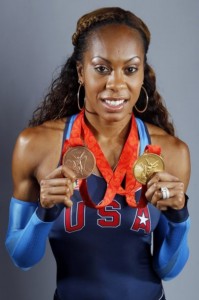 Richards-Ross took the track world by storm in 2006 with two victories at the World Cup, taking the top spot in both the 200-meter and 400-meter events. At the 2008 Summer Olympics in Beijing, she earned two medals.

Richards-Ross began struggling with some health issues in 2007, and had to sit out the 2010 season because of an injury. She quickly recovered, however, and became the 400-meter World Indoor Champion in 2012. After receiving a bronze medal in 2008, Richards-Ross began to focus on achieving a personal goal: Earning a gold medal at the 2012 Summer Olympics in London.

Richards-Ross is married to her college boyfriend, Aaron Ross, a professional football player. He played with the New York Giants from 2007 to 2011, and is now a member of the Jacksonville Jaguars. Outside of competition, Richards-Ross runs the Sanya Richards Fast Track Program to help children in her native nation, Jamaica.