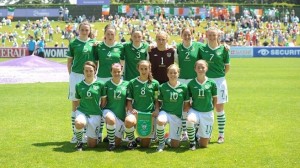 Freezing temperatures and heavy snowfall have caused havoc with fixture lists across Europe. Four games were postponed in the German Bundesliga alone; two matches were called off in both Italy and Switzerland, one encounter also cancelled in France. The disruptions did little to change the view at the various league summits, however. FIFA.com rounds up the action from a selection of the continent’s women’s leagues.

Wolfsburg’s winter break was extended for the second week running after their match fell victim to the weather. That allowed Frankfurt to close the gap on the league leaders following a 3-0 win over Bayer Leverkusen in front of on looking Germany national coach Silvia Neid.

Match day 16 witnessed 23 goals in five games in France, although for once league leaders Olympique Lyon were not responsible for the biggest haul. Instead it was Montpellier who racked up the highest tally, beating Rodez 7-0. Lyon was not far behind, however, thanks to a 5-1 hammering of EA Guingamp. 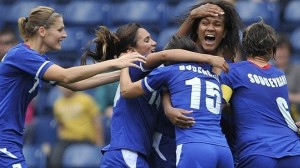 USA international Megan Rapinoe opened the scoring for the UEFA Champions League winners, with strikes from Elodie Thomis, Wendie Renard and a Lotta Schelin brace completing the rout. Second-placed Paris Saint-Germain also triumphed, as goals from Lindsey Horan and Kenza Dali helped them to a 2-0 win over Issy FF.

Just like Olympique Lyon in France, FC Zurich continue to storm from one victory to the next in the Nationalliga A. Former Germany international Inka Grings has played a large part in that success, leading the way in the goal scoring chart.

Torres Calcio Sassari’s perch at the top of the table is far less secured in the wake of their 2-0 loss at home to ACF Brescia. Barbara Bonansea struck twice to inflict a first defeat of the season on the league leaders. Pursuers UPC Tavagnacco grabbed their chance to narrow the gap, as goals from Alice Parisi (two) and Laura Tommasella ensured a 3-1 win away to Bardolino Verona. That turned up the heat on Torres Calcio in the title race, with just one point now separating the top two.