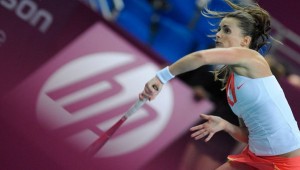 On Wednesday in which three of the winners saved match points in the first round of the BMW Malaysian Open, Chinese qualifier Wang Qiang was the biggest newsmaker with a shocking upset of World No.10 Caroline Wozniacki for her first WTA main draw victory.

Up 62 31, the top-seeded Wozniacki appeared on the way to a routine win, but Wang reeled off four straight games, eventually fought off a match point down 6-5 and cruised through the tie-break and the third set for a 26 76(1) 61 triumph.

“I was feeling light-headed, but tried my best to keep playing,” said Wozniacki, who was treated for heat illness. “I just didn’t have energy out there. It’s very disappointing to lose, but that’s how it goes sometimes, and hopefully I can come back strong again.” 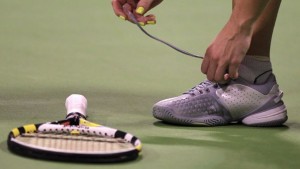 The 186th-ranked Wang was the lowest-ranked player Wozniacki has lost to since an unranked Kim Clijsters beat her in the 2009 US Open final in the midst of the Belgian’s comeback.

All eight second round matches, in addition to the completion of defending champion Hsieh Su-Wei’s first round encounter with Kurumi Nara, are on Thursday’s schedule.