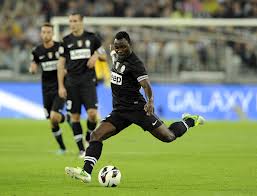 Walter Mazzarri’s sides have struggled in recent weeks and know another slip-up against the league leaders on Friday would strengthen the Bianconeri’s grip on the Scudetto.

Napoli only has a minor injury concern ahead of their must-win clash against Juventus on Friday at the Stadio San Paolo.

Alessandro Gamberini will be assessed before the game which means Miguel Britos may deputise for the 31-year-old.

Napoli have failed to win any of their last five matches in all competitions, and have drawn their last three consecutive encounters in Serie A.

Juventus can stretch their lead at the top of Serie A to nine points with a win on Friday, with only 11 games left to play. 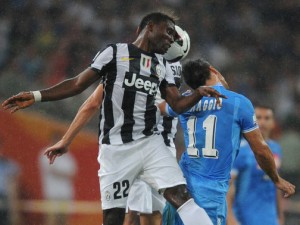 There’s no doubting Asamoah will be a big boost to the starting lineup. With Martin Caceres seemingly getting more and more comfortable as the games go by as he fills in for the injured Giorgio Chiellini.

A player who, despite playing out of his natural central midfield position, had grown into the left wing-back role.

Asamoah will undoubtedly help the defense, averaging more than a tackle a game more than the man who mainly replaced him, Paolo De Ceglie, this season.