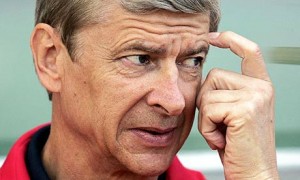 Arsenal have received no contact over a potential takeover and owner Stan Kroenke would have no intention of selling his controlling stake, Press Association Sport understands.
Reports have claimed a Middle East consortium are preparing a Â£1.5billion bid to buy out the Barclays Premier League club at around Â£20,000 a share.
However, sources close to the Arsenal board on Sunday morning maintained there had been no approach, informal or otherwise, to the American owner, who remains “in it for the long term”.
Kroenke pushed through his Â£430million-plus takeover in April 2011, and now holds 66.83% of the club to give him overall control.
The Kroenke Sports Enterprise Group has a history of sustained involvement in all of his sporting interests in the United States, which include the Denver Nuggets of the NBA and the Colorado Avalanche in the NHL, as well as Major League Soccer club the Colorado Rapids.
Uzbek oil magnate Alisher Usmanov remains Arsenal’s second largest shareholder with a 29.96% holding, but does not currently have a seat on the board.
Reports suggest that, if successful in a potential takeover, the consortium said to be backed by funds from Qatar and the United Arab Emirates would be ready to work with Usmanov’s Red & White Holdings to help drive the Gunners back to the top of European football, vowing to slash ticket prices and stop the sale of star players such as former captains Robin van Persie and Cesc Fabregas.
Arsenal, who have not won a trophy since the 2005 FA Cup, head to north-London rivals Tottenham on Sunday afternoon looking to boost their hopes of finishing in the top four, and securing Champions League qualification once again under manager Arsene Wenger – who has long championed the club’s self-sustaining policy and the need for UEFA’s new Financial Fair Play regulations.