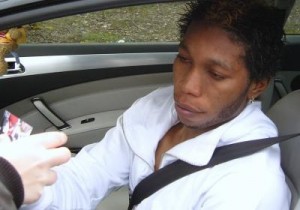 Out on red card in the match Anderlecht-Genk accounting for the Jupiler League in Belgium following a kick on Jeroen Simaeys, Dieumerci Mbokani is summoned by the disputes commission.

The Congolese striker was under a penalty for a stay of his suspension from four games early in the season. He kicked Killian Overmeire that had escaped the referee.

This is the reason Mbokani had been proposed penalty after the against game Saturday.The Leopard must stand before the Litigation Commission.

This is the first time Mbokani is excluded during a match.