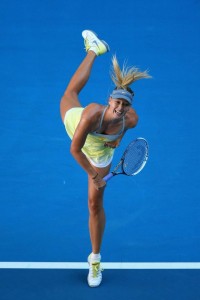 En.africatopsports.com proposes you to discover the list of 10 world’s highest-paid female athletes.

No. 126 in the world after the layoff. It was her lowest ranking since she joined the WTA Tour full-time as a 16-year-old in 2003.

Sharapova made $5.1 million in prize money between July 2011 and July 2012, and another $22 million from sponsors, exhibitions and appearance fees. Her endorsement partners include: Evian, Head, Samsung and Tag Heuer, but her biggest paycheck comes courtesy of Nike. She re-signed with the apparel giant in 2010 in an eight-year deal that could top $70 million including royalties. Sales for her Maria Sharapova Collection, which include shoes and accessories for Nike subsidiary Cole Haan, doubled in 2011. Her ballet flat is the best selling female shoe for Cole Haan.

Her French Open title in June completed a career Grand Slam—the sixth women to accomplish the feat in the Open era. Her Nike deal is the richest in women’s tennis. Sales for her Maria Sharapova Collection, which include shoes and accessories for Nike subsidiary Cole Haan, doubled in 2011.

Representing China in the Olympics is Li Na, who ranks No. 2 among the top-paid with earnings of $18.4 million between July 2011 and July 2012. Li lost in the first round of the Olympic singles tournament, but is still alive for a doubles medal. 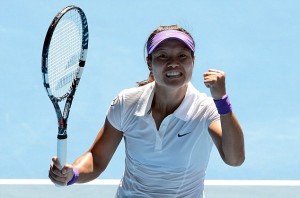 Li had a magical 2011 with appearances in two Grand Slam finals, including a French Open title, which was the first Grand Slam singles crown by an Asian-born tennis player. The win allowed Li to sign seven three-year, multimillion dollar endorsement deals with Mercedes-Benz, Samsung Electronics and several Chinese firms. 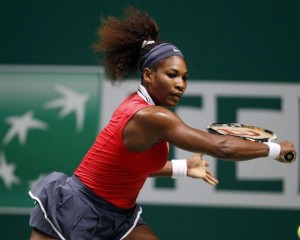 Williams remains the world’s most dominant player when healthy. She showed that in July when she won her fifth Wimbledon crown and 14th Grand Slam title overall. Williams has won $38 million in career prize money, which is tops among women and fourth among all tennis players, including men. She has been part of the Nike family since the end of 2003.

No. 4 on the list is Denmark’s Caroline Wozniacki, who earned $13.7 million since July 2011 from prize money, endorsements and appearances. Wozniacki is a staple in the press thanks to her relationship with golfer Rory McIlroy. Her sponsors include: Adidas, Yonex, Proactiv, Rolex and Sony Ericsson. Wozniacki is releasing her own line of underwear in September. The announcement in June caused a buzz on the internet when photos appeared of Wozniacki posing in the new collection. 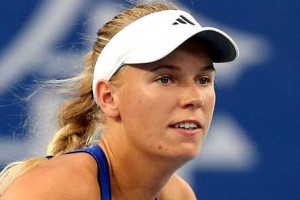 Wozniacki ranked No. 1 in the world at the end of each of the past two years, despite never winning a Major tournament. She earns more than $10 million annually from appearances and sponsors like Adidas, Yonex, Proactiv, Rolex and Sony Ericsson. She is releasing her own line of underwear in September.

Racing’s Danica Patrick is No. 5 with earnings of $13 million during the past year. Patrick is racing full-time in Nascar in 2012 for the first time, which boosted her income, after splitting her time between Nascar and IndyCar the previous two years. She currently sits tenth in the Nationwide driver standings, but her best finish is 30th in three Sprint Cup races. Yet, sponsors continue to gravitate to Patrick, who was Yahoo’s most searched-for athlete, male or female, in 2011. She inked personal endorsement deals for Coke Zero and Sega in recent months. 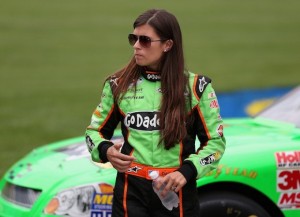 Patrick is racing full-time in Nascar this year for first time, which has boosted her income. She inked personal endorsement deals for Coke Zero and Sega in recent months. She was Yahoo’s most searched-for athlete, male or female, in 2011. 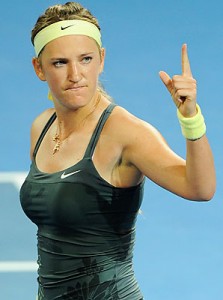 The 22-year-old from Belarus is currently the No. 1 ranked player in the world. She earned $6.7 million in prize money over the past 12-months, which was tops on the WTA Tour. Azarenka’s new deal with Nike kicked off this year with a huge pay increase.

Another Olympian, Kim Yuna, clocks in at No. 7 with earnings of $9 million. Kim won a gold medal in figure skating at the 2010 Winter Olympics in Vancouver. She sat out the 2011-12 skate season, but plans to return for the 2012-13 season with the goal of skating in the 2014 Olympics in Sochi. Kim has maintained her income as the headliner in the All That Skate figure skating show as well as a bevy of endorsement deals in her native South Korea. She played a key role in attracting the 2018 Winter Olympics to Pyeongchang, South Korea. 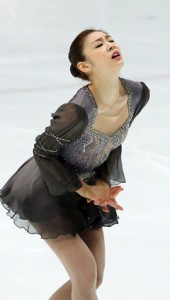 The 2010 Olympic champion sat out the 2011-12 skate season, but plans to return for the 2012-13 season with the goal of skating in the 2014 Winter Olympics in Sochi. Kim is the headliner in the All That Skate figure skating show. The South Korean played a key role in attracting the 2018 Winter Olympics to Pyeongchang, South Korea. 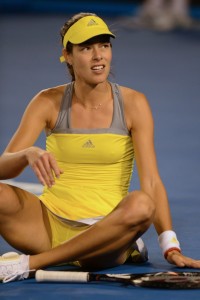 The former world No. 1 has bounced back after seeing her rank slip to No. 64 in 2010. She has won three tournaments over the past two years and is now ranked No. 12. Her Adidas shoe and apparel deal is one of the richest in women’s tennis. 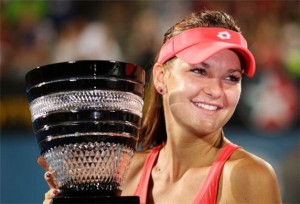 At Wimbledon this year, Radwanska became the first Polish player to reach a Grand Slam final in the Open Era. Agnieszka is currently ranked No. 2 in the world and banked $4.9 million in prize money during the past 12-months. Her sister, Urszula, is a tennis pro as well, and is ranked No. 44 in the world. Agnieszka’s major sponsors include: Lotto, Babolat and Lexus. 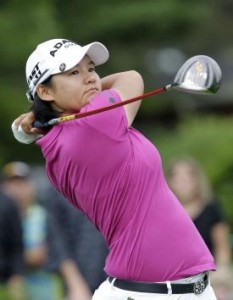 Earnings: $6.1 million
Tseng has been the most dominant golfer, male or female, during the past two-and-a-half years with 20 victories, including five Majors. The Taiwanese star is on the verge of qualifying for the World Golf Hall of Fame, despite being only 23-years-old.