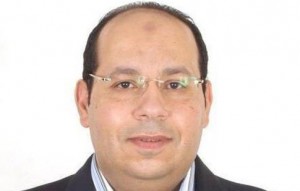 Yasser Idriss was re-elected at the head of the Egyptian Federation of nation. And the President is seeking a second term.

For his new mandate, the head of the nation in the land of the pharaohs established a new working strategy to continue the progression of the discipline.

In an interview with the newspaper AL-AHRAM WEEKLY, Yasser Idriss unveiled his plan to prepare swimmers for the Olympic Games in Rio de Janeiro

“The files are many, but I would attack the administrative side parallel to the technical aspect. I made some changes in management. From a technical standpoint, my goal is to form solid selections in all age categories. Reelected for a second term, I would like to review the work system which is usual to prepare just before major competitions. My ambition is to spend the next four years to prepare swimmers to be ready at the Olympics in Rio de Janeiro. ‘