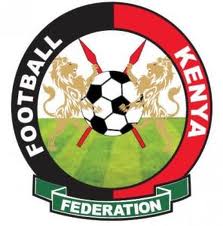 The players selected by Coach Adel Amorouche have already received their letters of release and the clubs accordingly released the players to the national team on Tuesday.

Apparently determined to get a favourable result against the Super Eagles in Calabar, March 23, the Harambee Stars are billed to camp in Cote d’Ivoire for about two weeks for proper acclimatization.

Newly employed coach, Adel Amrouche, commenced his training with the home-based stars invited for the game yesterday and he is upbeat about the chances of his team to outshine the African champions, saying the Eagles’ status rather than offering a fear factor should be a motivation for his side.

Amrouche, who was unveiled three weeks ago, has named a squad of locally-based players to start training at the Moi International Sports Centre, Kasarani.

Among the surprise call-ups to the team is teenage striker Michael Olunga, whom Amrouche described as a talented player who needs a chance to prove himself at the national team level.

“I have watched his performance for the last two years when he was still a student at Upper Hill. He is a talented player and needs to be exposed at this level,” said Amrouche.

The coach also explained that he has recalled AFC Leopards striker Allan Wanga to give the player another chance in the national team.

“He has been here before and he did very well. I want to look at him again and that is why I have given him another chance in the team,” added Amrouche.

Also recalled into the side that brings together the entire squad that travelled to Tunisia for the international friendly against Libya, is Gor Mahia defender Edwin Wafula and Sofapaka’s Eugine Asike. 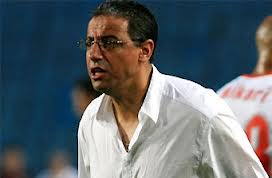 Having been in Kenya for more than one month, the coach insisted there is still a lot of work to be done in rebuilding the national team to the required standards.

“I like what I have seen so far having watched a few league matches in the country but my overall perception is that the team needs a lot of work to be done before achieving the required standards and this is what we will focus on,” he said.

The local-based players called to camp will train twice a day for the next two weeks breaking over the weekends to allow players join their teams for the weekend Kenyan Premier League (KPL) matches.

Amrouche is yet to indicate which foreign players he will call up for the match but Parma midfielder Macdonald Mariga is out of the equation after he sustained an injury last weekend during a Serie ‘A’ match against Genoa.

Mariga has not played for Harambee Stars in close to two years due to various reasons.