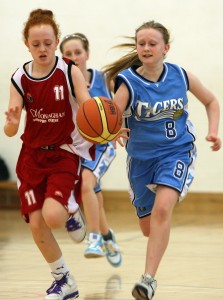 EuroBasket Women/FIBA World Championship for Women – Miodrag Baletic and Montenegro had a roller-coaster existence at the EuroBasket Women in Poland two years ago.

The Balkan nation was a surprise package, sweeping everything aside in its path in its first six games, including upsets of Spain and France.

There appeared to be only one way for Montenegrin women’s basketball to go, and that was up.

But after a 74-70 triumph over Latvia, everything unraveled for Baletic’s team.

Turkey defeated them in the Quarter-Finals, 56-44, thus ending Montenegro´s bid for a medal.

Then crucially, the national team blew a chance to compete at the 2012 FIBA Olympic Qualifying Tournament for Women (OQTW) in Ankara, where it would have been among the favorites to reach the London Games.

Their women’s team played at an Olympics for the first time.

Montenegro’s are determined to get it right in 2013, when they are at the EuroBasket Women in France with the aim of reaching the 2014 FIBA World Championship for Women.