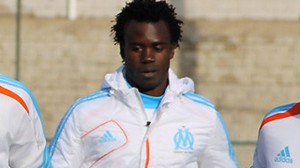 Transferred in January, Modou Sougou is gradually brands Olympique de Marseille. The 28-year-old is pleased to have finally found a major club.

Senegalese was decisive in the Marseille meeting against Troyes. According to his compatriot Souleymane Diawara, Senegal international (11 caps, 1 goal) will make a name for OM.

“He must find his condition. Then, you will see, there are many who will be surprised! It was criticized because the OM went to get him in Romania, making comparisons with PSG, but sometimes do not rely on names. Sougou has perhaps not been named yet but he will make one. ”

Sougou could be rewarded by his coach Elie Baup, and therefore can be established, for the trip to Lyon on behalf of the 28th day of L1 Sunday evening.