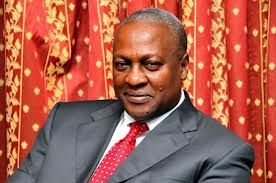 Ghana President John Mahama is one of the top personalities expected to attend next weekend’s burial of the mother of Black Stars captain Asamoah Gyan.Cecelia Love Amoako died in November last year in a car crash in Accra.

The deceased mother of Ghana captain Asamoah Gyan, will be buried at her hometown in Mamponteng on Saturday March 16, 2013.She will however be laid in state at her Gbawe residence from Friday March 15 before a traditional sending off the following morning.

It is at this occasion that several personalities in government, academia, sports, entertainment, friends and sympathizers are expected to pay their last respects. Top of the list will be President Mahama who promised to attend the final funeral rites before the Black Stars departed for the 2013 Nations Cup in South Africa.

Officials from the Ghana FA, ex and current players of the various national teams, entertainment icons and other well-meaning Ghanaians are also expected to attend. 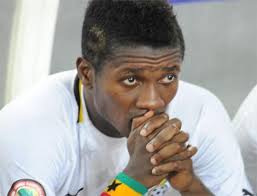 Accordin to GHANAsoccernet.com a delegation from the Al Ain Football Club, where the leading striker of the Black Stars plays his club football is expected in the country next week for the ceremony.

The official thanksgiving service is also slated to take place on Sunday March 17, at the deceased residence in Gbawe.

Gyan is the latest Black Stars player within weeks to bury a parent following last month’s burial of the father of defender John Boye.