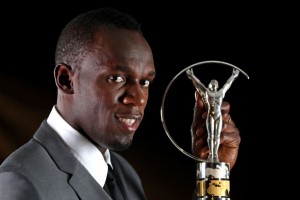 Olympic medalist, world record sprint holder (100m, 200m, 4x100m), Usain Bolt was elected the sportsman of the year on the night of Monday to Tuesday to the Laureus Awards.

This ceremony awards since 2000 the best athletes of the year was held at the Theatro Municipal in Rio de Janeiro. Triple gold medalist at the 2012 London Olympics, Bolt (26) is the first athlete to retain his Olympic titles in sprint.

For the women, it is the British-Jamaican, Jessica Ennis (27) the Olympic champion in the heptathlon, who was awarded the prize. 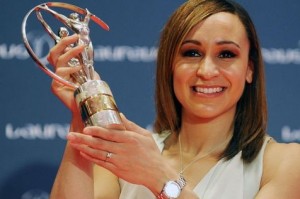 For his “exceptional career”, the swimmer Michael Phelps has received an honorary prize. The American won 6 medals in the Olympic pool in London, bringing the number of Olympic medals at 22 (a record), including 18 golds.

The tennis No. 3 and Olympic gold medalist, Andy Murray has been honored with the award for “progress.”