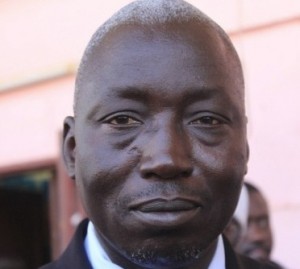 The new president of the Senegalese Federation of Karate, Mr. Mamadou Sarr elected March 10, 2013 following a general meeting which was attended by 147 of the 185 clubs and leagues in the country said “go for a serious treatment of the small category “to enable Senegal to take up the torch of victory, lost in recent years on this field.

“I understand that the Senegalese Karate needs new blood. This is a review of the training of young, small class so to speak, more earnestly and seriously to return to the first level. This does not mean that combatants of value are not currently in Senegal. Far from this. But I think with the rapid evolution observed in the field of rules and especially in the context of getting prepared as faster as possible with regards to a future return to the World Olympic Games Karate, we should have young practitioners that adapt quickly, “stated Mr. Sarr after his election.

A recall that among the African nations that were the most prominent in recent years, with three world champions in 2000, 2003 and 2005, in addition to an ever traded place on the podium in major continental or global competitions, Senegal fell into disuse with a Karate destroyed locally by endless dissensions and quarrels.

To reach a consensus to elect a new office for the next four years, it took the involvement of the Senegalese Ministry of Sports that has established an ad hoc committee with the Senegalese National sports and Olympic Committee to meet the reunification challenge.