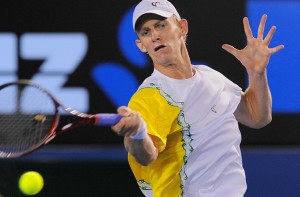 There is some redistribution of cards after the 1000 Indian Wells Masters. The new classification of ATP knows some modifications.

Quarter-finalist during the Californian week, the South African, Kevin Anderson jumped eight steps and ranks 29th globally. This is the second best position in the career of the No. 1 of African tennis (NDRL his best ATP ranking is the 28th rank).

Winner of Indian Wells, Rafael Nadal rejoin the Big Four to ATP. The Spanish captured the fourth place in the world at the expense of his compatriot David Ferrer eliminated early in the first 1000 Masters of the season by Anderson.

Jo-Wilfried Tsonga, the World 8th is the first in the French tennis. Monfils won 7 seats and ranks 99th.

The world podium does not change. The Serbian Novak Djokovic is still world number 1 before Roger Federer of Switzerland and Andy Murray Great Britain.