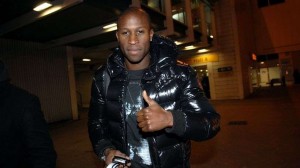 Rod Fanni found the team of France. Three years after his last appearance in the  Laurent Blanc era, the French-Beninese was called by Didier Deschamps to replace Mathieu Debuchy.

The OM defender intends to seize his chance as he had done it at the beginning of his career:

“It’s been a while since it goes great with OM. I have often said recently: “It will happen, it will happen” and it finally happened. I am very happy even if there are circumstances that made … But everything is going well for me here. This is not the icing on the cake because I do not see it as an end in itself but rather as a small reward. “

“It took a massacre, I’m not in the favorite but I’m happy to go there (laughs). (…) I’m saying that even if it is to play 20 seconds, I will play them 200%, I’ve always been like that. (…) My career started like that. I did not play in the national less than 17 at Martigues until there happened a massacre. I followed up with a big season which allowed me to join the national professionals. After that, I have nothing dropped. “