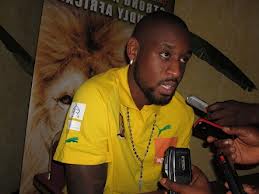 After missing two Africa Cup of Nations, in 2012 and 2013, Cameroon’s ambition is to work hard for upcoming competitions.

Rennes defender Jean-Armel Kana-Biyik hope a victory of the Indomptable Lions against the Hawks for the third day of the World Cup Brazil 2014:

“The whole country is mobilized behind the national team. Every citizen wants to see his national team in World Cup as we missed the last two Africa Cup of Nations. The people want to see us in Brazil next year. We really want to beat Togo Saturday. Anyone who does not want, he goes home. We want to win for us, the people and restore the image that has somewhat lost its former glory. There are problems that have always existed and will persist. These are the leaders to solve problems of office and we, we must solve those of the ground, “ he said