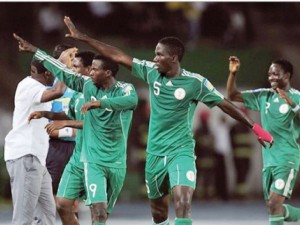 Group B was honored this day. Nigeria did not joke with DR Congo 2-0. The Flying Eagles after a defeat and a small victory over Gabon will be well in the semi-finals of a competition where they are the defending champions.

In the other match, Mali fell before the Gabon 0-2. But without result, since the Eaglets with two wins in as many games against Nigeria and DR Congo were already qualified.

The verdict in the group was known yesterday. It is Ghana and Egypt, which will play the semi-finals.

The host country Algeria was eliminated.