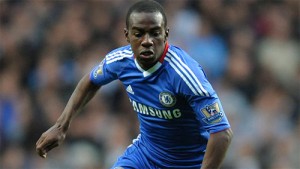 The Chelsea midfielder laments his very limited playing time with the Blues. He wants to run to a club where he can play all weekend.

“I’m more disillusioned with Chelsea. Before, I thought. Anymore. I hope to join a club like Vitesse next season, where I can play all weekend. Chelsea has too many players. At my age, I need to play regularly, but if I remain there, I will not play more than ten minutes per month. This is not what I want, “said Gaël Kakut whose contract runs until 2015 with Chelsea.

Arrived at Chelsea in 2009, Kakuta has been submitted to four loans to clubs such as Fulham, Bolton, Dijon and currently Vitesse Arnhem.