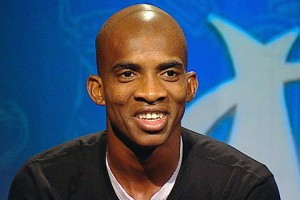 Charles Kabore who left the OM during the winter transfer window now bears the colors of the Russian club Kuban Krasnodar. Tuesday, the Burkinabe was visiting Marseille to greet his former partners.

The midfielder did not forget what he experienced with the OM club. The Stallion hopes that the OM will finish podium.

“I really enjoyed playing here to win titles, to be around the players and the public that I am going to miss. I’ve got acquainted with great players like Heinze, Cisse, Nasri, Morientes, Lucho, Niang … Playing alongside them was a pleasure. I also thank all the coaches who made me grow. “

“The three games that come will be decisive for the future. You must go to a good result in Nice, it would be good for the morale. Seven months ago, nobody would have imagined that OM would be the third. They are always there and they deserve it, says the former player of Libourne Saint-Seurin. They had some good results and they will continue but the championship is very open. Paris is over because they have huge resources but Marseille has quality players, with character and solidarity. This is what makes their strength. I hope they end up on the podium and will play in the Champions League next season. ‘