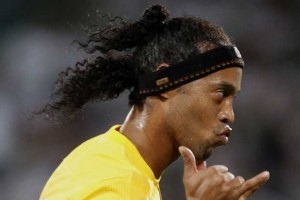 The former PSG player and Barcelona, Ronaldinho still follows the news of the Parisian club.

Asked about the new dimension taken by the first club where he started his European adventure (2001-2003), the midfielder of Clube Atlético Mineiro (Brazil) is pleased to see  Paris doing well” PSG is one of the strongest clubs in the world. It’s fantastic to see how the PSG and the team looks more and more like a dream team. This club is very important to me. It was the first team I played in Europe … “he said facing the camera of Téléfoot.