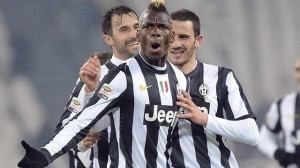 Florentino Pérez was about to make Paul Pogba sign. To believe the Spanish radio Cadena Ser relayed by the newspaper As, the president of Real Madrid has met the father of the French player in a hotel near the Spanish capital to discuss the transfer.

While several names were mentioned (Blaise Matuidi, M’Baye Niang and Geoffrey Kondogbia) it is the track of the midfielder of Juventus, Paul Pogba that seems to be the most likely.

The Spanish media suggest that the interest of the “White House” for the French international of 20 years was the work of Raphael Varane. The Real central defender would be the one that blew the name of his team-mate in the national team to Perez.

Having passed especially through Manchester United, the Franco-Guinean appreciated by his club, played 23 games in Serie A with Juventus this season of which 14 as holder and recorded 5 goals.