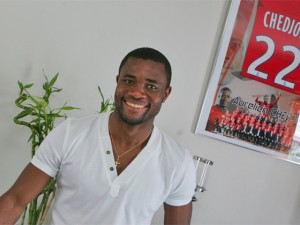 Chedjou probably will not be part of Lille next season. The Cameroonian should, except surprise, leave the northerner club, in the next summer transfer window.

The Indomitable Lion is closely followed by the biggest European teams. Announced in Marseille, the Lille defender is also in the viewfinder of Monaco.

Chedjou declared to be flattered by the interest of the AS Monaco. But the Lille defender says it’s too early to discuss a possible departure.
“Monaco? It makes me happy. I would be lying if I told you otherwise. But I am a professional. Today I’m wearing the jersey of Lille and what matters me are the last six games. I’ll give the best of myself so that they keep talking about me in the press … but also to help the club achieve its goals. ‘